After a discussion, we decided to meet on last Saturday. Unfortunately, Vivian couldn’t join in this round. Wanted to go for a Karaoke Session, since I still have the free 1 person voucher(from the previous session). Therefore, we finalized our meeting place at Midvalley. K-Session over in Red Box, The Gardens. We booked for the lunch session which is from 11-2pm.

I reached Midvalley at around 10+am. Alex sent me there early because there’s a meeting he need to attend. Since, I’m early why not I drop by MNG(ada sales) first. There came Wanyi & Nicole who were early as well. Within the short period of less than an hour; the three of us managed to grabbed a bag from MNG. Ashley came later at around 11+am. Ordered her ‘lou shu fun’ which tak sampai sampai punya….hahaha….Ashley claimed that they went to tangkap lou shu** @_@

Here are the food we ordered:-

Some of us eating while some will sing.

After Nicole went home; we continue with our ‘portraits training’ around the Mall….then we came across the center court which was having TM Roadshow. They were having ‘meet & greet with Woody & Buzzlightyear’ whom came all the way from HK Disney. We were persuaded to queue up to have a photo shoot with the 2 cartoon character. “Hmm…since the queue was still short, so why not take the opportunity”…afterall we have our own camera with us. Therefore we queued for about 30 minutes till the event began.

these are the clothes i got from MNG

We gals; then dismissed at around 5+pm because Mel got another round of event to attend to…. *you know what I meant* :-p

4 thoughts on “Outing with my Galfrens” 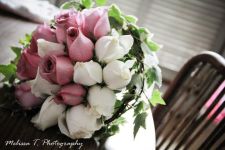