Earlier I shared some photos on Sarikei, Sarawak. Now I would like to share some yummy food I had there. Never miss a chance to savor the local cuisine. Some West Malaysians may find that the food here do not suit their taste bud. But to me, I find it no problem at all. Hence I enjoyed tasting different types of food from different places. Apart from admiring scenery, best part about traveling is on FOOD!

Sarikei is popular for “Kam Pua noodles” (干拌面). There are 2 version. It can be either white or black. Black means addition of black soy sauce. The black version is commonly seen in Sarikei. You may say it looks like wantan mee. However the taste is different. Major ingredients are fried onions, shallots, lard, and red yeast wine that make it so unique. (Kampua from Full Tien Cafe, Jln Masjid Lama)

Kolok Mee; another noodle which I never fail to have one. Love visiting the same eatery for this kolok mee. You may be wondering what is the difference between the above 2 noodles. A blogger once explained to me that; “Kam pua noodles are also thicker and less curly than kolo mee. Kam pua’s ingredients are quite standard but kolo mee’s toppings varies from stall to stall.” (Kolok Mee from New Elfa, Bank Road) 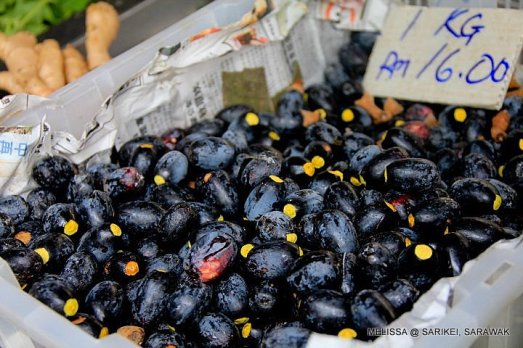 Dabai Fruit, is a seasonal fruit. I’ve never seen it here in West Malaysia. The Sarawakian likes it very much. Unfortunately not really my liking.

Wild fern called “Midin” can easily get it here. It is grow wild in swamps or forests. Each bunch are price at from RM1-2. Its crunchy and best cooking method would be stir fry with belacan & dried shrimp or a simpler method with just chopped garlic and ginger with drench of red rice wine. I was told that it turn black pretty fast. Best consume on the same day after purchase. However I managed to bring a few bunch back here to KL. 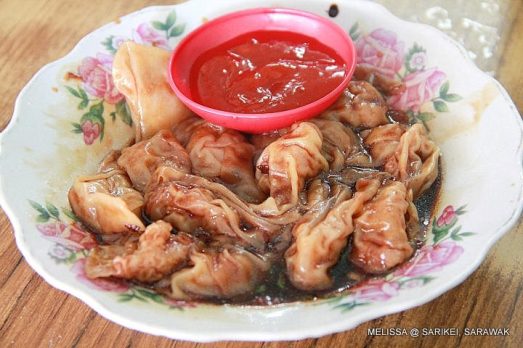 Pig’s Liver Soup. Best accompanied with a bowl of noodle. The pig’s liver were not overcooked. Therefore it has a nice texture. (from Full Tien Cafe, Jln Masjid Lama)

Sarawak Laksa (from another shop) – (near JPJ) 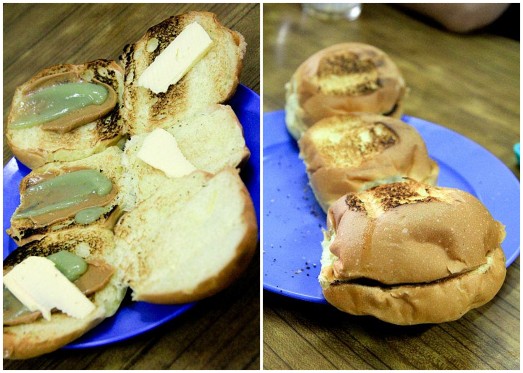 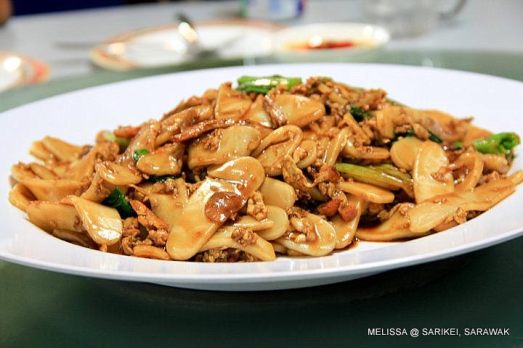 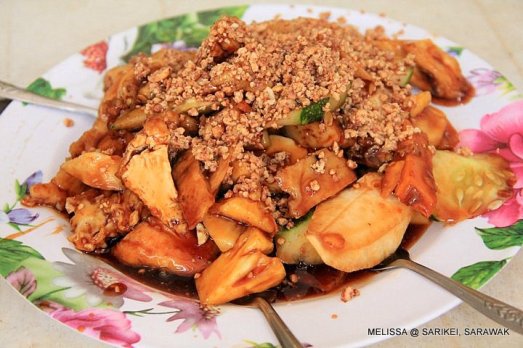